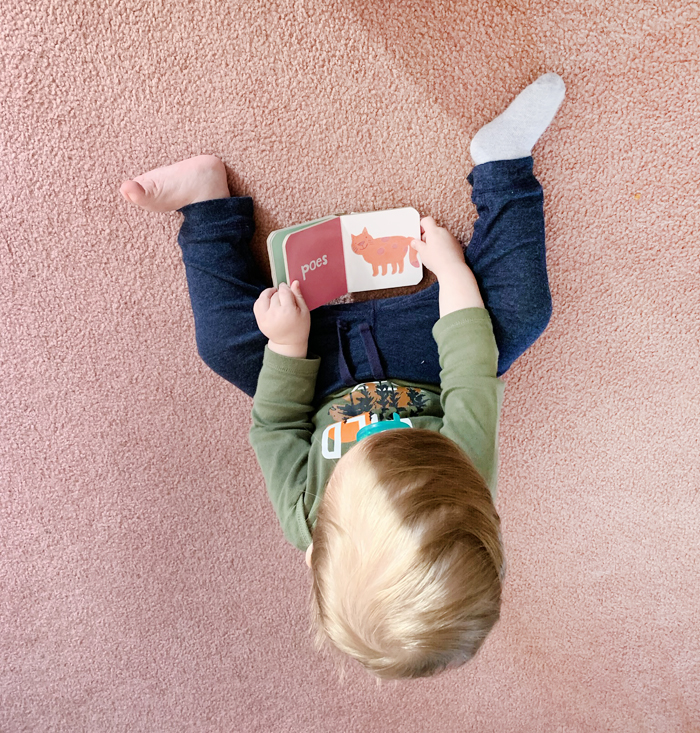 Now that we’re past two of three holidays, I’m doubling down on preparing for Christmas and trying to make it special for Desi. I want to decorate and play Christmas movies and music in a way I haven’t in several years, even if he won’t really understand or remember. I’ll remember, and it’s setting us up for new traditions for the years he will remember.

I’ve made a few new mom friends through the app Peanut, a mom-friend-finding app that works sort of like Tinder. One girl and I have a lot in common and our boys are really close in age, so we’ve gotten together a few times now, even once without the kids. There’s a children’s museum in downtown Roanoke where we decided to get a membership and it’s a great way to spend a few hours and run out Des’ energy playing inside where it’s warm and dry. I can’t wait to take Dan with us so he can see how much fun Des has there; the whole place is really impressive.

I’ve been cooking a bunch of new recipes lately and have been loving it. I am proud that I’m familiar enough with some ingredients that I can change and adapt these recipes and make them my own, and that I’m making enough to feed us for a couple of days and still have as much left over to freeze for later. I’m trying new-to-me ingredients and flavors and I’m thrilled that I’ve found some new staples that I hope Des will think of as “mom’s cooking.” Sidenote, my immersion blender was the best $50 I’ve ever spent. (Would anyone be interested in seeing any recipes shared here? Maybe that’ll be a thing I start doing.)

We have completed another home renovation project! Our master bathroom only has a few finishing touches left to go before I’ll share the before and afters here and I’m so excited with how everything has turned out.

A few things I’m into lately:
-Listening to: “Breakaway” by Lennon Stella, “Ready to Love” by Emarosa, the album “Connector” by I the Mighty, the album “Hail Stan” by Periphery
-Watching: Outlander, A Million Little Things, Looking for Alaska (finished it last month and still want everyone to watch it!)
-Planning: A trip to Disney with the Good Times Crew in February. Star Wars land, here we come! Possibly another trip to Europe next fall…we’ll be celebrating a 10 year anniversary next summer!
-Creating: Reviving a couple of old design ideas. Cooking nonstop. Trying to decide what to renovate next: part of the kitchen, or the main bathroom?

Only 27 days until Christmas!