It’s time for a few more of my favorite murals from around town. I like that starting this series has made me keep an eye out for new works when I’m driving around and that I’m eager to retake a few shots that haven’t turned out so great in the past. There is always new work going up here in Richmond, which I’m grateful for. I love that this city is so arts-focused and colorful. 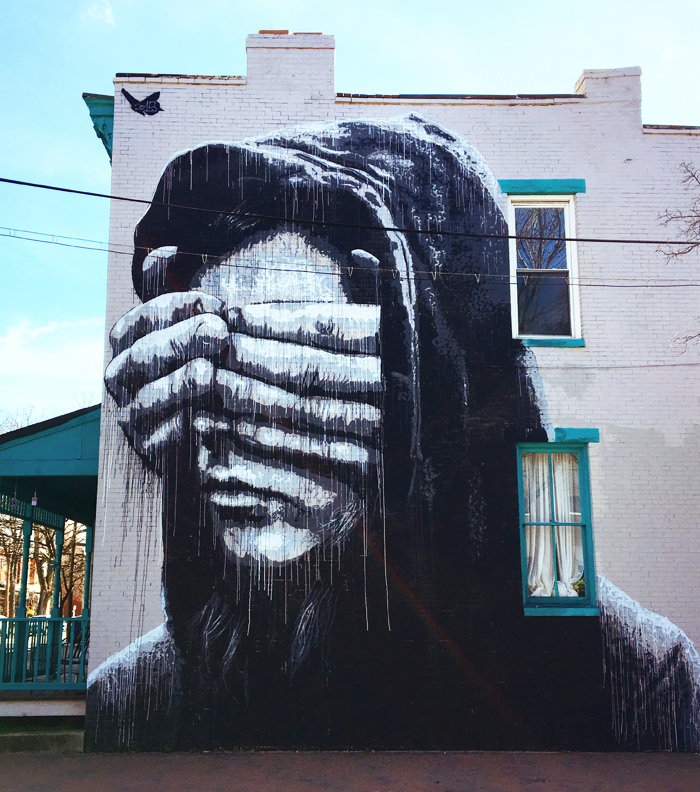 Nils Westergard is a local Richmond mural artist who has works on walls all around the world. He’s one of my favorite local artists and his stylized portraits are some of the most easily identifiable around the city.

This mural was created in 2015 as part of the Richmond Mural Project. You can find it at 1533 Floyd Avenue in the Fan, at the intersection of Lombardy. 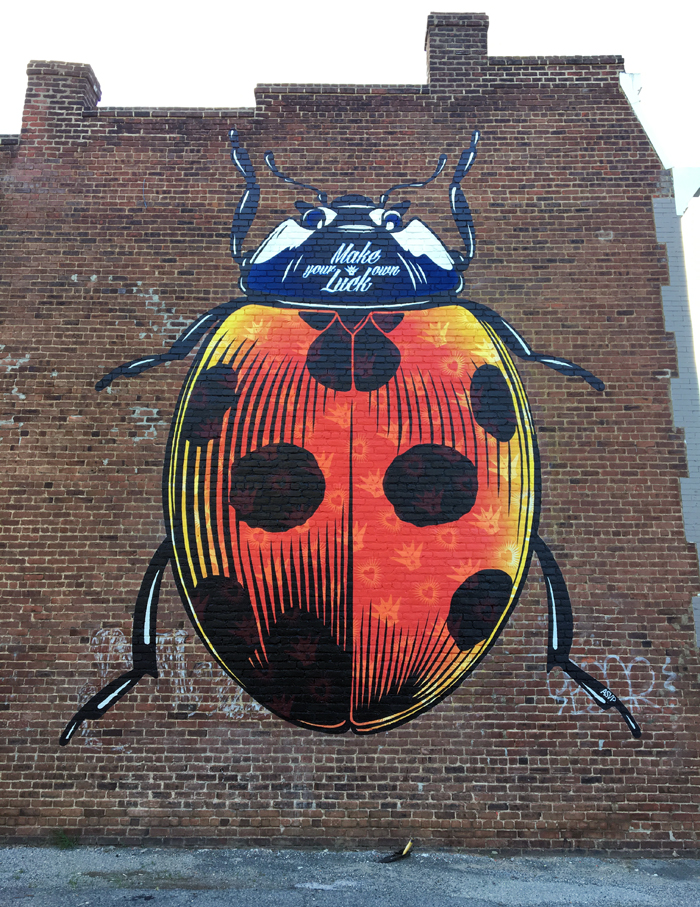 “Make Your Own Luck” by ASVP

ASVP is Brooklyn-based duo of artists with a history in advertising who have done collaborations with Spotify, Nike, Gibson Guitars, and various other companies. They’ve also done various gallery shows, created murals for many festivals, and have commissioned pieces on walls of NYC buildings. This mural was created during the 2015 Richmond Mural Project. 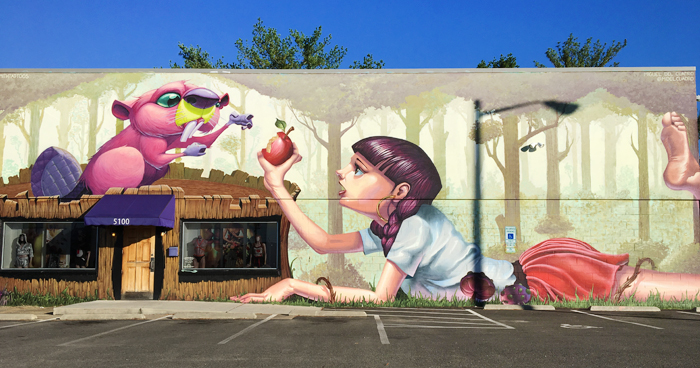 And now for one of the most controversial murals in all of Richmond. This mural by Puerto Rican tattoo and mural artist Miguel del Cuadro and local Richmond tattoo artist Jesse Smith covers the entire storefront of the ‘adult entertainment’ store Taboo in Southside. I don’t even know if this mural is officially titled, but “Girl Feeding Beaver” (quite the reference haha) has kind of stuck throughout the news coverage.

Intended as a light and innocent piece to brighten up the formerly drab building, the surrounding community nearly lost its collective mind when it went up, saying it was too provocative, too close to a high school, and fear it would lead children to believe it was a store for kids.

Other posts in this series: